Wayne was drafted by the Detroit Red Wings but never played in the NHL.
He did go on to play 241 AHL games and 248 IHL games, he also played 9 times for team Canada.
In the summer of 1988 he joined the Peterborough Pirates for the 1988 – 89 season and went on to spend a total of 13 seasons in the UK.
During this time he also iced for Whitley Warriors, Telford Tigers (twice), Swindon Wildcats, Guildford Flames (twice),
Bracknell Bees and Basingstoke Bison for a total of 634 league and cup games. 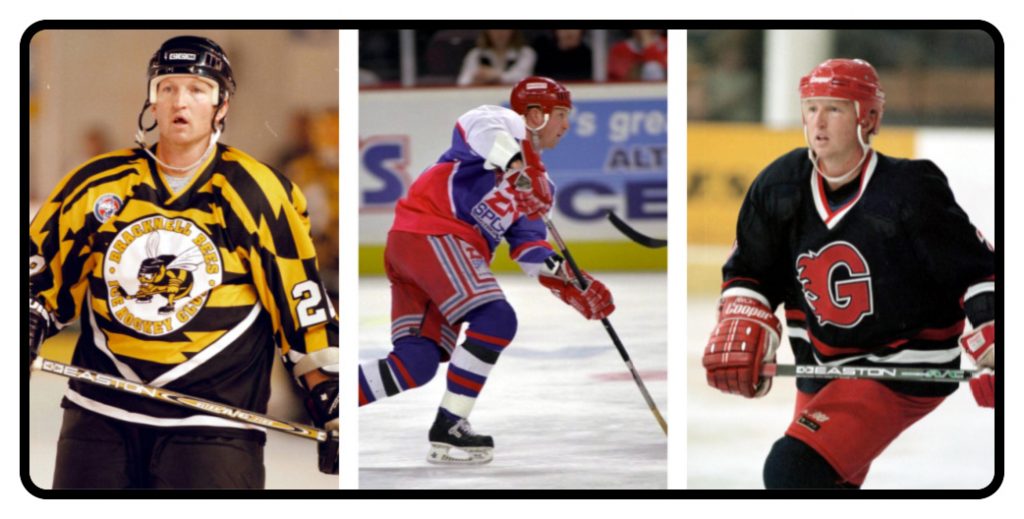