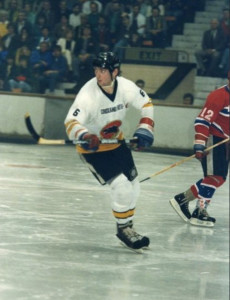 Today’s show features former Aviemore Blackhawks and Nottingham Panthers forward Gavin Fraser.
Gavin grew up in the Scottish Highlands and had to walk six miles to get to his local ice rink.
As a kid he was a regular ice skater but didn’t take up playing hockey until he was thirteen, he recalls:

We talk of his first season in Nottingham, former Aviemore team mate John Bremner had made the same move the year before and had recommended the club to him.

Gavin decided to visit Nottingham for a holiday and stayed for a whole season, playing 45 times, usually on the right wing, he scored 29 goals and 18 assists.
However at the end of the season he couldn’t wait to go home to the Highlands, determined never to return, city life was too fast and too noisy.
Gavin soon discovered life in the Scottish Highlands was exactly the opposite, much too quiet and so in August 1983 he rejoined the Panthers – he’s lived in Nottingham ever since.

Legendary for his one liners, practical jokes and game commentaries, Gavin’s former team mates remember him just as much for being a character off the ice as on it. Here’s what former team mates Marc “Smurf” Twaite, Graham Waghorn and Robin Andrew had to say:

I enjoyed my first season as a Panther with Gav who was a real character, I’ll never forget a certain Wembley weekend plus his standard party trick of leaving his false teeth in the boys pints!
Marc “Smurf” Twaite.

Big Gav was hilarious, the life and soul of the dressing room and a really great guy too
Graham Waghorn.

Big Gav is a British Ice Hockey Treasure! He should go straight into the Hall of Fame – he’s a one-off
Robin Andrew 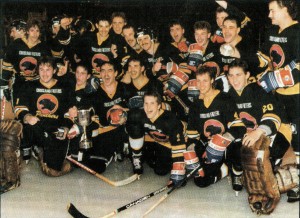 Moving on and Gavin was to play 11 seasons for the Nottingham Panthers before hanging up his skates early into the 1992 – 93 season after spending too much time bench warming.

Gavin Fraser was a firm favourite with team mates and fans alike.
Thanks for the memories “Big Gav”.

Just listened to the Ivan Matulik Podcast, it was excellent!
How about having Paul Heavey on the show?“ 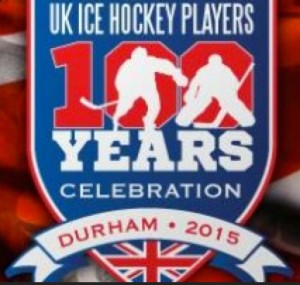 Today’s Guest Sponsor is the 100 Years UK Hockey event.
This event is being held at the Ramside Hotel in Durham on Friday 31st July, Saturday 1st August and Sunday 2nd August. Fishing and Golf days planned and rounded off with a grand Gala Dinner
Hockey Legends already confirmed are:
Tony Hand, Alex Dampier, Gary Stefan, Peter “Jonker” Johnson, Chuck Taylor, Les Millie, Graham Waghorn, Marc Twaite and Nicky Chinn.
It’s going to be a fantastic One Off Event and may never happen again.
I have my tickets, have you?
For more information please visit their website here

You can also listen to Podcast interviews from Gavin’s alumni of former Nottingham Panthers players: