For the very first time since starting the Podcast back in 2014 I’ve decided to split an episode in two.
Garry Unger’s career has been absolutely amazing.
Consequently I recorded over 3 hours of quality content that I could not possibly fit into just one hour episode. 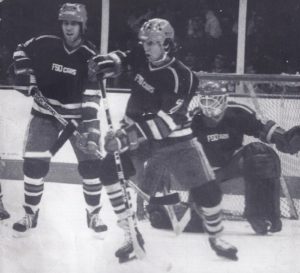 After retiring in the summer of 1983 Garry remained with the Edmonton Oilers organisation, becoming an assistant coach for one of their junior teams and doing television work on their games.
The following year he agreed to help in a friend’s new business venture placing hockey players with European teams.

Tom Stewart, owner of the Dundee Rockets, contacted Garry, looking for potential new signings for his team. On flying into Alberta Tom persuaded him to come out of retirement and become the new player-coach of Dundee. 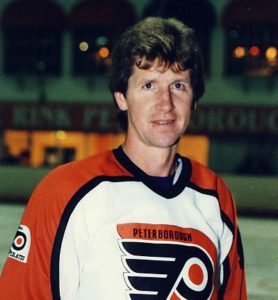 Garry talks fondly of his time there, how he had to learn a new language, “Scottish”, how to drive on the “wrong side of the road” and how, thanks to a club deal, he learned how to play golf.
He also talks of playing at the old Crossmyloof ice rink in Glasgow, an experience never to be forgotten.

Garry tells a very interesting story about a horse trip with then Edmonton Oilers coach and GM, Glen Sather. Talking around the camp fire Garry made the Oilers coach aware of a talented young Murrayfield Racers forward.
That young man was Tony Hand, the first ever British player to be drafted in the NHL.
The team that drafted him, the Edmonton Oilers.

We move on to talk about how and why he chose to move to the East Midlands after just one season in Dundee.
The Rockets loss was certainly the Peterborough Pirates gain.

We talk of his three seasons with the East of England club, their promotion to the Premier division, their struggle in that division, his rise to club Head Coach and also the deterioration between him and the teams new owners which eventually lead to him choosing to step down from his first team duties.

Note
If you haven’t listened to Part 1 of the Garry Unger interview, click Here Now. 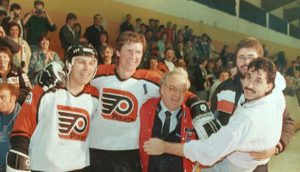 A big Shout Out goes to Phil Doherty who messaged me to say:
Hi Ken,
listened to your chat with Steve Carpenter on the Podcast this morning on my trip to Bristol, great interview, made my journey go quick and a great reminisce, especially of the Arches and the 1998 Playoff weekend.