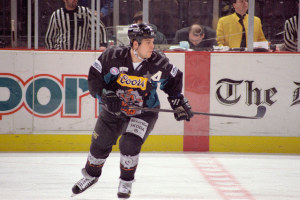 In this episode I talk to the former Buffalo Sabres and Pittsburgh Penguins NHL Stanley Cup winner Ken Priestlay.
We discuss the 1985 NHL draft and how Ken felt at having to wait until round 5 before being drafted by the Buffalo Sabres.We also talk of his trade to Pittsburgh, about his time at the Igloo and discuss Ken’s role in the Penguins teams that won back to back Stanley Cups.
I also ask him just how good really was the Penguins current owner and former Superstar Mario Lemieux.

Moving on a few years, Ken tells the story of how he signed for the Sheffield Steelers, his impressions of the other UK rinks of that time  and of that 1995 Championship winning game in Nottingham that broke all Panther fan’s hearts – including mine . 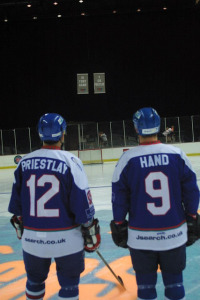 We talk of his decision to leave the Steelers after five great years to return home to Vancouver. Of his retirement from playing the game, his decision to try his hand at coaching at the Vancouver Giants and how that coaching rekindled the fire within him to once again don the body armour and helmet, lace up his skates and take to the ice.

Ken also talks of one of his proudest moments, which may just have been the highlight of his 2002 season, when at the start of an exhibition game at the Sheffield Arena, the Steelers honoured himself and Tony Hand by retiring both of their jerseys.