In this introduction I explain that this show is about the emotion and passion that every hockey game has.
For the fans who turn up week in, week out cheering on their team through both good and bad times.
I’m Ken Abbott, I’ve been an Ice hockey fan for many, many years (since 1982), I’ve experienced the highs and lows of watching my team, the Nottingham Panthers, win and lose vital games. It’s been a roller coaster ride of passion, pride and, occasionally, desperation.
Hey, but isn’t that what hockey’s all about? 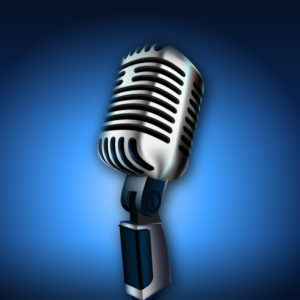 I’m also a business man and in 1993 opened the first of 3 retail “Hockey Shops”,  business’s selling ice hockey equipment and merchandise. I located the shop premises in the big “Arena  Cities” of  Sheffield, Manchester and Nottingham.
After selling the business in 1998 I created “CrazyKennys” as an online Hockey Shop mail order business in 2000.
Now, 17 years on and CrazyKennys is no more, I closed the business in 2015 and chose to “semi retire” – however my love for the sport is just as strong as it was back in the early 1980’s.
I’m an avid podcast listener, it’s amazing what goes in through your ear buds  when walking the dog. I also love to talk about the game, so it made perfect sense to produce a Podcast about Ice Hockey.

Fans love to talk of past games, players and experiences and so what better subject to Podcast about than Old Time Hockey here in the UK.

This introduction episode was first published in September 2014, it’s now January 2018. Since then there have been 45 episodes launched and the podcast is still going strong.

So, to sum up, the Old Time Hockey UK Podcast is:

The place where players from the past to come share with you their Hockey memories, stories and anecdotes

Episode 2 features former Nottingham Panthers player Marc Twaite.
Marc tells of his experience of playing in the old Ice Stadium in Nottingham and his utter disbelief and disappointment when his home town club choose to release him.
He also talks of the rivalry between UK Hockey’s biggest rivals, the Nottingham Panthers and the Sheffield Steelers