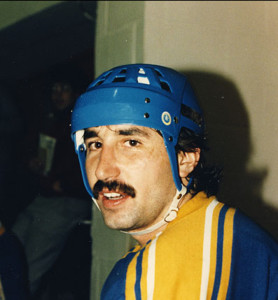 Todd was drafted into the NHL in 1980 by the Washington Capitals, he was a round 6 pick, 110th overall.
It was a good year for UK ice hockey as in the same round, future imports to play in the UK included Mike Blaisdell 11th o/a (Durham, Nottingham and Sheffield), Wayne Crawford 109th o/a (Peterborough, Whitley, Telford), Mike O’Connor 136th o/a (Durham, Sheffield) and Fred Perlini 158th o/a (Nottingham, Fife, Guildford).

Todd in the NHL

Todd played only 12 times for the NHL’s Washington Capitals. After just 6 games, he broke his leg and was sent to hospital in a taxi. He was on his own and still wearing his hockey kit!

Worse was to follow as on his return later that evening. With his leg in a plaster cast, he had another shock, he explains;

They sent me back to the Capitals stadium in a taxi, the dressing room was deserted and I later discovered that everyone had been fired, the GM, the coach and all the back room staff, right down to the scouting staff, they all got fired!

Three months later, with the plaster cast removed and injury healed, Todd was rearing to go but found himself bouncing back and forth between the Washington Capitals and their affiliate AHL team, the Hersey Bears.
Then came five days he would not forget in a long time, he recalls;

I played Friday night in the AHL, Saturday afternoon in the NHL and that evening in the AHL. Then, on the Sunday, I played in the NHL again.
That Tuesday I was traded to the Edmonton Oilers, but my plane ticket was for Wichita, Kansas. I didn’t even know there was a team in Wichita, Kansas!

Unfortunately Todd never did get a chance to play for the Edmonton Oilers and when, in 1985, his contract was up he chose to swap the American Hockey League (AHL) for the British Hockey League (BHL).
He decided to fly Scotland to sign for the Fife Flyers and link up with good friend Dan Brown.

Todd in the UK

It was the start of a twelve season UK adventure that took in ten different British teams, including the Peterborough Pirates, Nottingham Panthers and the Durham Wasps.
After a number of years Todd became a “re-classified” dual passport holder, allowing him to  play for Great Britain in Pool A  of the World Championships in 1994.

While in the UK, Todd had the foresight to plan for further education. He gained a degree in Sports and Exercise Science from Teeside University in Middlesborough.
His degree has helped tremendously in his post hockey. days in North America. 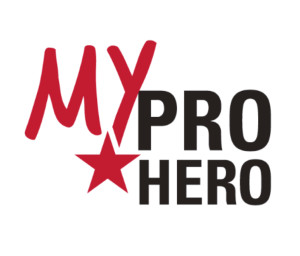 Todd is now a partner in MyProHero.com.
The company allows developing hockey players to schedule an online video-chat session and submit a performance video for real-time analysis by experienced coaches, the majority of which are former NHL players. The analysis will suggest strategies to improve skills over time and work on techniques to develop their game.

In this episode I give a shout out to Brendan Perlini, son of former Toronto Maple Leafs, Nottingham Panthers and Fife Flyers forward Fred Perlini. 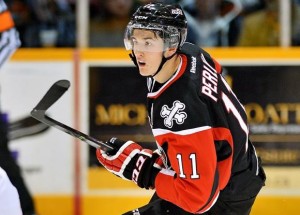 NHL Star of the Future?

Guildford born Brendan has been selected to play for Team Canada in the 2016 World Junior Hockey Championship in Helsinki.
Left winger Brendan started his career in the Guildford junior system at 5 years old, moving back to Canada at age 11.
He was chosen by the Arizona Coyotes in the 2014 NHL draft, 1st round, 12th overall. He currently plays for the Niagara Ice Dogs in the OHL.

You can hear Brendan’s father, Fred Perlini, talk about Brendan and his brother Brett in Episode 20 (link below);
the Fred Perlini Interview

You can also listen to Podcast interviews from Todd’s alumni of former Peterborough Pirates and Nottingham Panthers players: