Sheep on the Bus with Frankie Killen – Bonus Audio.

I’d interviewed the former Durham Wasps, Nottingham Panthers and Humberside Seahawks goalie Frankie Killen in November 2014 but he never mentioned sheep!
The episode, from Series 1, Episode 12, was published a month later, you can click here to check it out.

A few days after the recording, while talking to another former player, I was asked if Frankie had mentioned

The Sheep on the Bus incident

The answer was no but obviously I was very intrigued. I needed to know everything about this “event”.
I immediately messaged him to ask about it,
Frankie gave a brief explanation of what had occurred which enabled me to add a brief postscript to the podcast. However I was still burning to know all the ins and outs of what had happened. I was determined to catch up with Frankie and record the tale in his own words, I’m glad I did.

Fortunately, my chance came a year later. Frankie had partnered up with former Fife Flyers D-Man Scott Plews. Scott had been to many ice hockey related events but realised that none of them celebrated the achievements of players from the past.
So Scott teamed up with Frankie and together they organised and marketed the fantastic 100 Years UK Ice Hockey event.

As I’m not the sort to let an opportunity pass me by, I arranged an interview with both guys to talk about the highs and lows of the event. 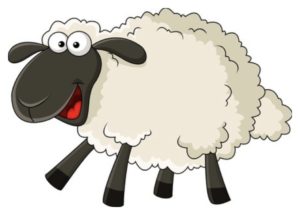 After the interview with Frankie I had “just one more thing” to ask, the resultant audio you can listen to above.
Enjoy, it’s guaranteed to make you smile: