Season 2 faces off with a true legend as I speak with former Edmonton Oilers, Nottingham Panthers and Sheffield Steelers D-Man Selmar Odelein. 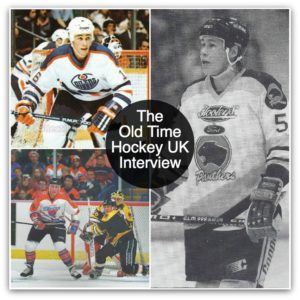 The eldest of three professional Ice hockey playing brothers from Quill Lake, Saskatchewan. Selmar had a successful junior career, including winning Gold and Silver medals for Canada in the U20 World Junior Championships.
Selmar was selected in the first round of the 1984 NHL draft by the Edmonton Oilers, the Stanley Cup Champions.
However injuries to his knee and shoulder limited his Oilers career in Edmonton to just 18 appearances.

When injury free, Selmar spent the majority of his time with the Oilers farm teams in the AHL.
There he shared the locker room with future Sheffield Steelers team mates Ron Shudra and Ivan Matulik.
He would also meet another team mate, Mike Ware, as an opponent playing for the Murrayfield Racers. 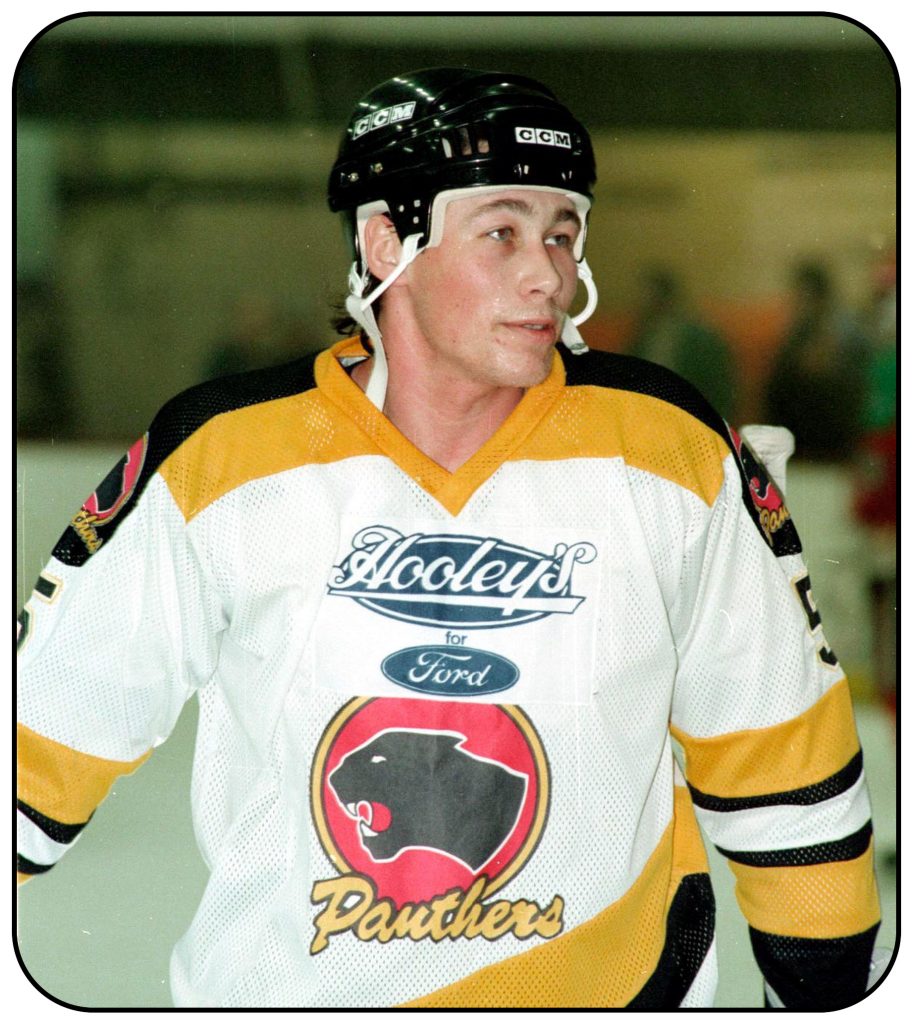 When his Oilers contract ended Selmar decided to spend a year travelling the world, playing 72 games with Team Canada.
His Team Canada team mates included future Steelers team mate Steve Nemeth.
Also in the team was another 1st round draft pick, Mike Blaisdel.
Mike was to enjoy great success as a player with the Durham Wasps.
Later, as a head coach, he guided the Nottingham Panthers and the Sheffield Steelers to success.

Two years later and Selmar travelled to Europe, spending two seasons in Austria with Innsbrook EV and then with Feldkirch.
However, after his application for duel citizenship was rejected his team decided cut him loose.
It was time to check his long list of contacts to look for another team.

At the same time Selmar’s brother Lee was playing for British Hockey League team, the Bracknell Bees.
Lee contacted Nottingham Panthers head coach Alex Dampier, Selmar guested in a friendly game and Dampier signed him up.
It was an unpopular decision with the fans and club directors alike, he had replaced fans favourite, forward Dan Dorian.
However it was a move to toughen up a shaky Panthers defence and it worked.
A few weeks later Alex Dampier left the club, leaving Selmar to have a successful season with the Panthers.

The team finished third in the league and made the Heineken playoff semi finals at Wembley, going out to the Humberside Hawks to a sudden death overtime goal. The goal was assisted by none other than Dan Dorian, the player the Panthers had replaced to make way for Selmar. 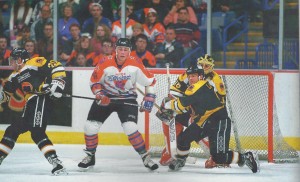 Selmar’s playing time in Sheffield was sadly limited once again by injury. Over the years he’d already had trouble with his knees and shoulder, this time it was his back.

In order to help prolong his season coach Dampier made the decision to mainly play him in away games, however the injury persisted and although he played his part in the 1994 Heineken Wembley play off  8 – 0 semi final victory against his old Nottingham team he was unable to play in the final. He recalls:

My back was so painful that after the semi I knew my career was over, I couldn’t even pick up my little daughter I was in so much pain!
So, before the final I went out for warm up,  gave my sticks away and soaked in the atmosphere.
When I skated off it was very emotional for me. 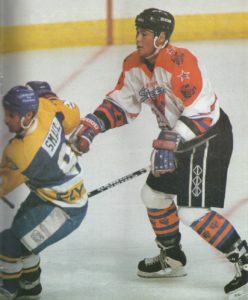 The Steelers finished the 1993/ 94 season as runners up, a massive 18 points behind the champions Cardiff Devils.
In the Wembley play off final they met Cardiff once again and were humbled by a record score of 12 – 1.
However I suspect that had a fully fit Selmar been available to play in more league games, that 18 point gap would have been much less and the Wembley play off final much more competitive.

These days Selmar works on the family farm in Lake Quill, Saskatchewan. When asked how his health is these days he replied:

Oh I struggle everyday getting out of bed, some days are worse than others.
It’s hard to get off the floor when playing with my grand children.
You do pay a price for playing the game, it all adds up when you get older but when you look back on all the friends you made in hockey and get the odd email from them it brings back a lot of memories.

I  wish Selmar and wife Sandy all the very best for the future and sincerely hope that his health improves.
It was a real pleasure to be able to talk and share some moments of his hockey career with him.

Today’s shoutout goes to Mike Russell of the New Media Europe Conference.
Recently Mike broke the record for the longest podcast, he delivered 36 hours of quality content from 36 Independent Podcasters.
Mike as host, kept everything together for the whole 36 hours.
How he managed with no sleep I honestly don’t know, I get tired just thinking about it!
So, a very big well done Mike Russell.

You can also listen to Podcast interviews from Selmar’s alumni of former Nottingham Panthers players and Sheffield Steelers players: