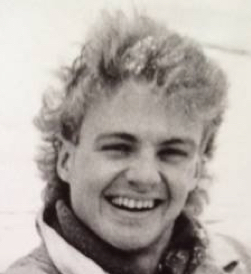 Mention the name Jimmy Keyes to any long time Nottingham Panthers fan and watch as their face lights up with the rush of  memories of the Panther’s first true legend since they reformed in 1980.
Jimmy joined the Panthers in 1985 as one of new coach Alex Dampier’s three imports, a feisty Canadian forward from Thunder Bay, Ontario who wasn’t afraid to get stuck in, take the knocks and score goals – plenty of them.

In this interview Jimmy talks about his first meeting with Alex Dampier, his amazement, when stepping off the plane at East Midlands airport, to find Panthers fans waiting to greet him.
He talks of his first impressions of the old Nottingham Ice Stadium, the safety netting used instead of plexi glass and his “quiet spot” in the stadium’s workshop. 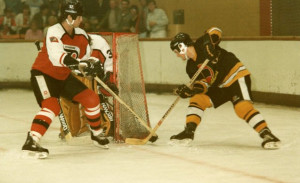 We talk of the 1986 Norwich Union Autumn Cup final victory, beating the Fife Flyers 5 – 4 in sudden death overtime to give the Panthers their first trophy since reforming six years before.
I ask Jimmy about his “signature” wrap around goal scoring move, something Panthers fans had never really seen done before. He also tells why he decided to leave after his second season, even though he was offered a contract for a third.
Finally we talk about how he now feels about the term “legend” that most long term Panthers fans tag onto his name and conclude the interview by talking about Jimmy’s life now, back home in Thunder Bay, Ontario, how his passion for sports has moved on to distance running and Nordic skiing. 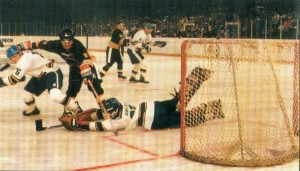 In this episode I give a Shout Out to Rob Clayton for his 5 star iTunes rating and review, he wrote:

“If you love your hockey from the Heineken era or want to find out what the fuss was all about, then this is an absolute must, the guests have been absolutely top notch and have helped add to the great memories of that time”.

You can also listen to Podcast interviews from Jimmy’s alumni of former Nottingham Panthers players: