In Part 1 of our interview we talk of his early Canadian hockey days. We move on to discuss why he decided to try his luck “over the pond” in Europe. We then talk of how his UK Ice Hockey adventure began, starting from Christmas, in Scotland, in 1988.
Tim’s European adventure began when, as a 21 year old, he signed for GIJS Groningen in Holland. Tim went on to play 5 seasons in Central Europe, playing for teams in Austria, Switzerland and Germany. 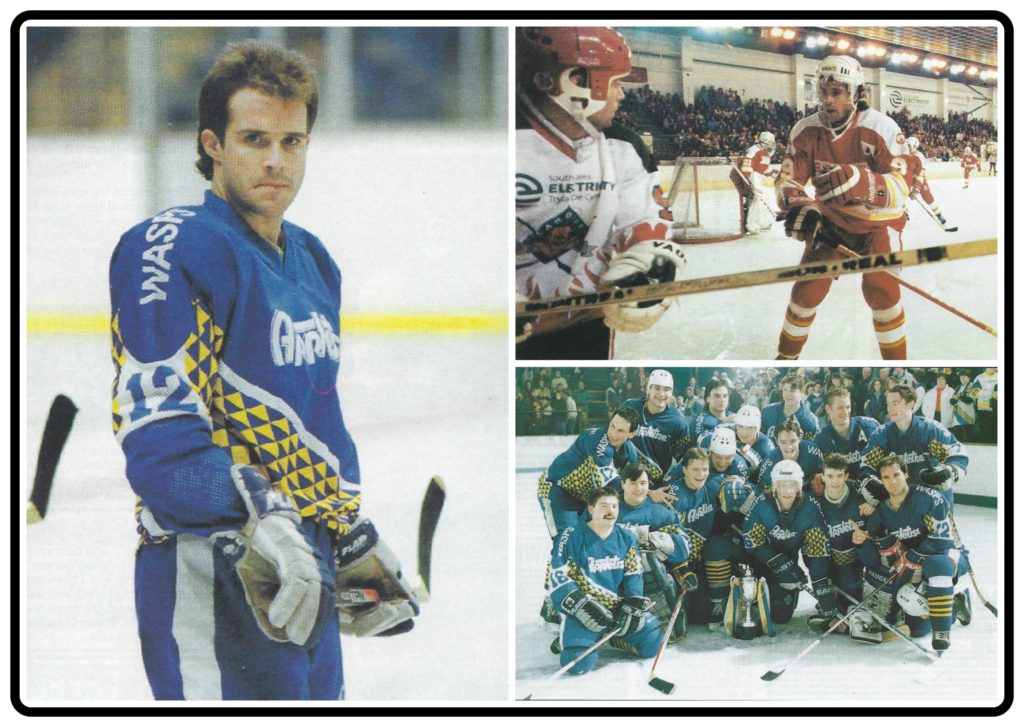 So, in December of 1988, with his mind set on a return home to Canada, his career took a twist. He agreed a short term contract with the Fife Flyers to cover for one of their injured imports.
He recalls:

Tim played just 7 games for the Flyers before their injured import, Czech Jindrich Kokrment returned from a broken ankle. Despite a return of 19 goals and 15 assists, Tim was released, he returned to Canada set on an academic career.
However other UK teams had noticed his Fife performances and not surprisingly placed him on their import “wanted” list. 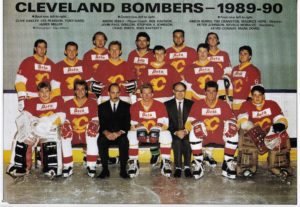 What was surprising was his choice of team, he chose to sign for a division one team Cleveland Bombers. The Bombers had narrowly missed out on promotion the previous season. They’d topped the Division One North but fell to the Telford Tigers in the play off semi finals.

So, in his first the first season in Billingham, the team won promotion to the Premier League. The second season, although the team fought bravely, the Bombers were relegated and were returned to division one. 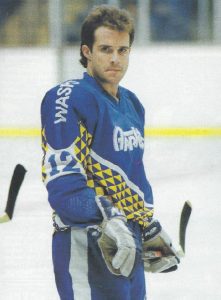 Quality
The Wasps were a team stacked with quality, with Hall of Famers, imports Rick Brebant, Mike Blaisdell and Mike O’Connor. Also British Hall of Famers Ian Cooper, Stephen Cooper plus Damian Smith, Ivor Bennett and Michael Tasker. That added up to a team stocked full of talent and quality. 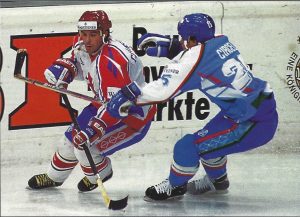 “Hi, long time 1980’s & ’90’s Slough Jet’s fan. Loved the conversations with Gary Stefan and Charlie Colon.
Any chance of getting Danny Gratton or Derek Higdon on the show?”

Fantastic podcast and a wonderful interview with Peter Jonker Johnson. Keep up the good work” I pray that someone out there listening has enough money and
enough drive to build an Ice Rink once again in Durham. The love and passion for hockey still exists within the North East.

You can also listen to Podcast interviews from  alumni of former Fife Flyers and Durham Wasps players here: 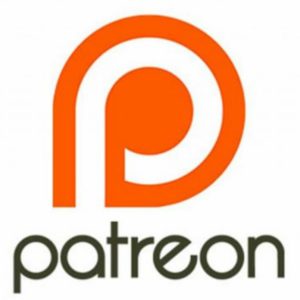 In addition, my Patrons will receive a reward, right now there are 4 different reward levels to chose from.
In addition I’ll also be continually posting to Patreon, Videos and Podcasts that are exclusive to you, my Patrons.