Chuck was born in London in 1961 but raised in Saskatchewan in Canada.
In 1982 he returned to the country of his birth, signing for Gary Newbon’s Solihull Barons. 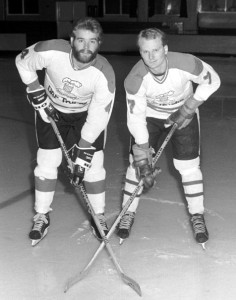 Chuck arrived in the UK in November of that year after a move to Germany had fallen through.
As with most imports of that era, he new absolutely nothing about hockey in the UK. However he decided to give it a go anyway.
Within a week he and fellow new import, Barry Skrudland, became disillusioned with the standard of hockey in the UK.
Both decided to return home to Canada, fortunately the silver tongue of chairman Gary Newbon talked them around.
Newbon was club chairman and benefactor at that time and also a sports commentator and influential Central Television personality.
He persuaded them to “buy into his dream” for the club, his plans were exciting and both chose to stay.
Chuck has lived here in the UK ever since.

We delve into his two years with the Barons building the team into a force to be reckoned with.
Chuck recalls the local derbies with the Peterborough Pirates and the intense, sometimes hated, rivalry between the two teams.
He also mentions his outspoken opinions of the way the UK game was run.
This lead to many battles with the British Ice Hockey Association (BIHA) some got him into a lot of trouble.

Two years on and Chuck decided to swap Solihull for Telford.
Barons chairman and benefactor, Gary Newbon’s TV work commitments led to him leaving the club, to be replaced by new chairman Tony Norcott. 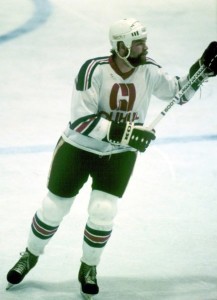 I wanted to build and run a North American style farm team in the newly built Telford ice rink,
we would develop young players and bring them up through
the ranks to play for the Barons.
You’ve got to invest in the youth if you want the game to progress
– Elite League take note!

Consequently the new Barons chairman didn’t share Chuck’s vision and wasn’t keen on the idea. So in the summer of 1985, Chuck cleared out his locker, packed his kit bag and with the backing of good friend Gary Newbon and the late Dave Ismay, became player/director for the brand new Telford Tigers ice hockey team.
The Tigers entered the British Hockey League First Division, finishing a respectable third in their inaugural season. 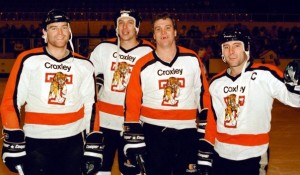 We talk of his time in Telford, particularly the 1987-88 Division 1 Championship season.
Imports Kevin Conway, Tim Salmon and Kel Land were scoring goals for fun.
The team topped their Southern Conference, beat their Northern Conference counterparts, the Cleveland Bombers to take the Division 1 title. This earned them the right to challenge the Premier League’s bottom team, the Peterborough Pirates to a 2 legged promotion/relegation playoff final.
Unfortunately the Tigers missed out at the final hurdle, going down by an aggregate score of 21 – 20, Pirates player coach Garry Unger scoring the game winning goal just 82 seconds before the end of the 2nd leg.

Fast forward to 1994 – 95 and Chuck goes into detail of how his move to the Nottingham Panthers came about.
Chuck had two very enjoyable years as “just” a player, winning the Benson and Hedges Cup in 1994.
He goes onto talk about why he and Panthers coach, Mike Blaisdell ended his Panthers contract with just a month to go of the 1995 – 96 season.

We also touch on other subjects such as his Edmonton Oilers training camp adventure, playing against Wayne Gretzky and rooming with Gary Unger.
Add in his 3000 mile road trips playing for teams in the Western Hockey League and his thoughts on the current Telford Tigers ownership and this podcast makes for a very interesting listen.

I give a shout out to former Peterborough Pirates fan and avid show listener Jamie Cheshire.
Jamie emigrated to Canada a number of years ago and now cheers own his own 8 year old son who plays in the Manitoba regional hockey league. 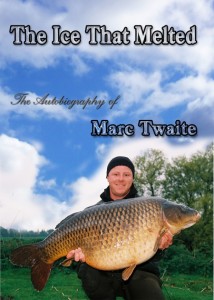 The Ice That Melted

The second shout out goes to Marc Twaite. Marc was the very first guy I interviewed, way back in October 2014 (Episode 002).
He returned to the Podcast last week as we talked about his brand new autobiography “The Ice that Melted” – you can listen to his podcast interview here.

You can also listen to Podcast interviews from Chuck’s alumni of former Telford Tigers and Nottingham Panthers players: