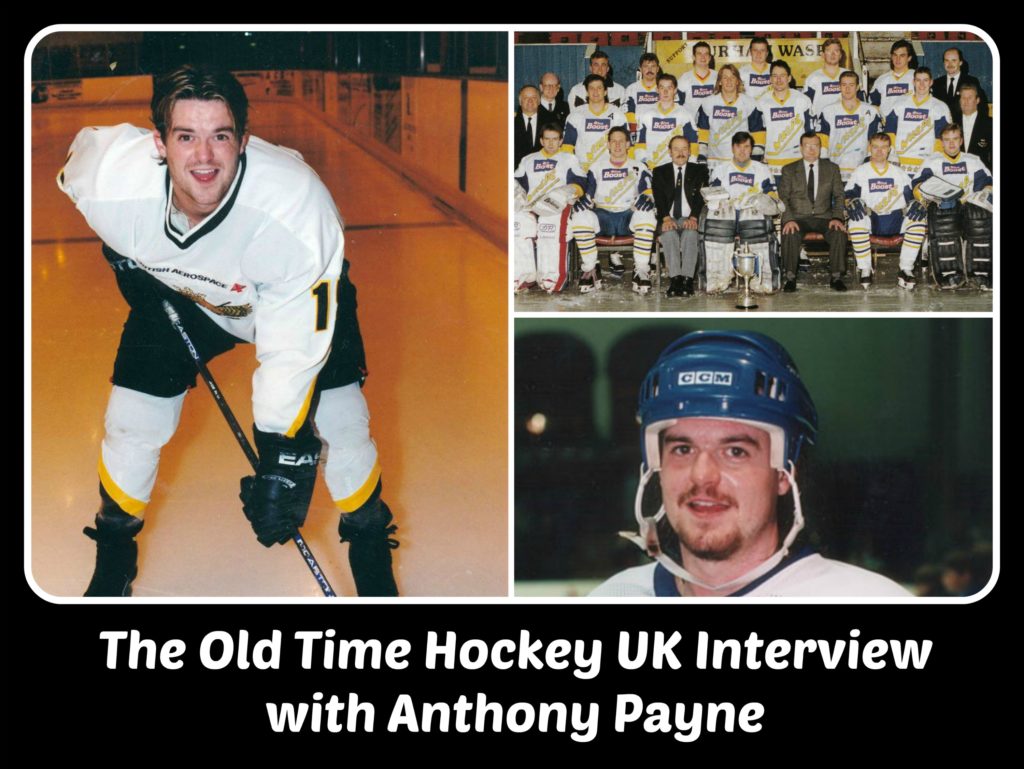 His great grandfather was John Frederick James Smith, known to most people these days as the legendary “Icy Smith”. His mother was also a director of the Riverside Rink and so Anthony spent much of his formative years there.

Anthony learnt his hockey playing for the Durham Midges, Mosquitos and Hornets before finally, in 1987, making the first team.
He recalls;

The biggest influence on my career was Glynn “Benjy” Hall, the Wasps #14, he developed myself and the likes of John Hutley, Paul Dixon, Michael Tasker, Damian Smith, Karl Walker and Robert Wilkinson.
He was very strict, but he taught us respect and the Durham Philosophy that you never quit.

Anthony made his debut for the senior team during the 1988 – 89 season. At the tender age of just 16 years old, he played 14 times, scoring twice with two assists.

We talk of the Riverside ice rink, built by his great grandfather Icy Smith out of coffin wood!
Anthony explains how Icy constructed the Riverside rink from the only material readily available straight after the second world war. 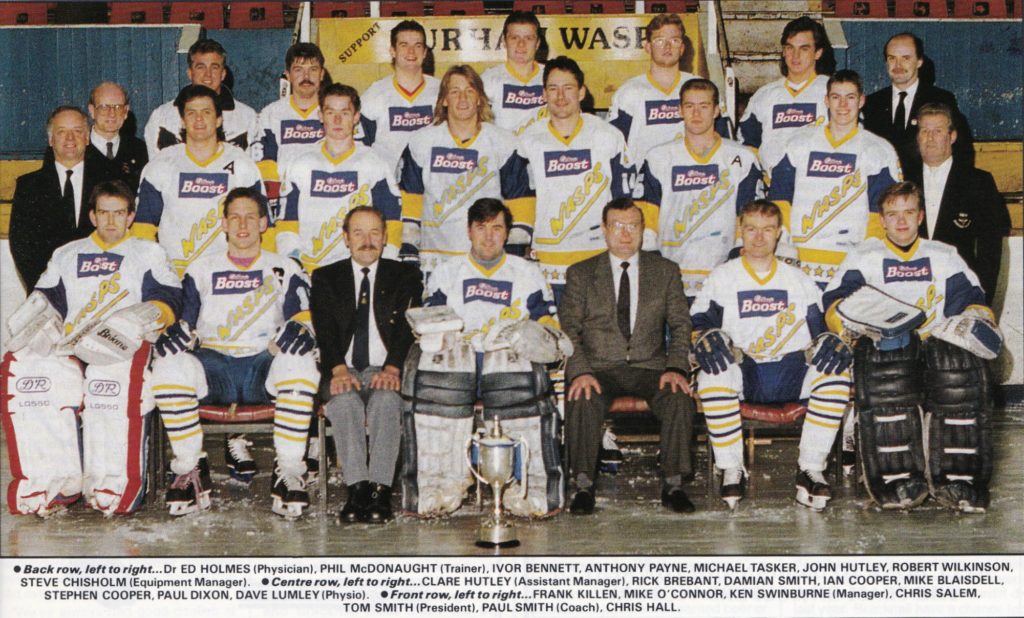 We talk about the Durham Wasps unforgettable Grand Slam season of 1990 – 91. How, prior to the start of the season, the team had lost three top British players in the Johnson brothers. How they sacked their Dutch coach, George Peternousek  just one game into the new league season.
His replacement, Canadian coach John Page, lasted just 48 hours before being sacked, he hadn’t even taken a game!
Fortunately the team had received a boost when the Cooper brothers, Ian and Stephen, returned from the Cardiff Devils. Anthony’s eldest cousin Paul Smith took over as coach and the “Big Blue” hockey machine was back on track.
The Norwich Union Cup became the seasons first trophy with a 12 – 6cup final victory over the Murrayfield Racers. This was quickly followed by the Castle Eden Cup.
The Wasps dominated the Heineken League Championship, topping the table 15 points clear of second place Cardiff Devils.

The season’s finale, the Wembley Playoff Finals Weekend was a must for every fan. Tickets would go on sale months in advance and would sell out, thus guaranteeing a 9000 capacity sell out.
Anthony describes what it was like to skate out onto the ice in front of a thunderous capacity Wembley crowd.
He also reveals why he and Damian Smith weren’t allowed to play in the semi final victory over the Murrayfield Racers.

History shows that the Durham Wasps beat the Peterborough Pirates 7 – 4 in the Wembley Playoff Final.
However it doesn’t tell the story of the vandalised dressing rooms on the morning of the Cup final. It doesn’t tell of the damaged equipment or of the anger felt by the team.
It most certainly doesn’t tell of the team’s heightened determination to win the cup and complete the Grand Slam. 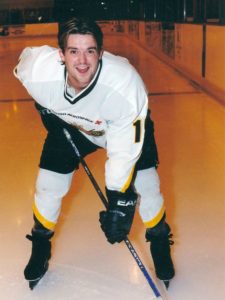 Despite the Wasps making Anthony a really good offer to stay at the Riverside he chose to depart. He’d received a terrific offer from the Bracknall Bees coach Todd Bidner.
He explains;

It’s the best thing I ever did, it got me out of my parents house and made a man of me.
I met some fantastic people too.

Bracknell had just been promoted from Division One and were building a team to survive in the Premier Division.
The Bees had brought in Rob Breskal, Gary Brine, Grant Slater and Matt Cote’ in preparation for the new season. Playing two line hockey, it was a tiring but enjoyable season for Anthony.
By the end of the season the Bees had survived in the Premier division by the “skin of their teeth”. However Anthony had decided that it was time to move on again. 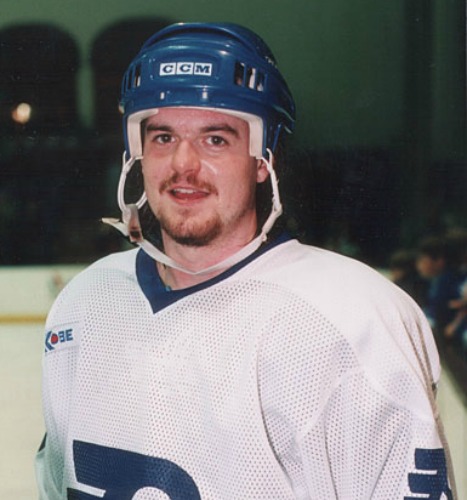 Anthony describes himself as a Journeyman – having played for 10 different teams in 8 years before finally settling in Hull where he spent his last 6 seasons playing at the Hull Ice Arena before finally retiring in 2003.
I asked Anthony why he changed teams so often?
His answer;

“Plain and Simple, for the money”

At the end of the 2002 – 03 season Anthony retired, I asked him if he had any regrets, his answer, a resounding;
Yes, signing for Milton Keynes Kings”
To find out why you’ll have to listen to the interview.
Thanks for the memories Anthony.