Doug Smail was born in Moose Jaw, Saskatchewan, Canada in 1957.
He spent his college years with the University of North Dakota having 3 successful seasons there. In his final season with the “Fighting Hawks” Doug had a standout season, scoring 87 points in 40 games.
This got him noticed by the Winnipeg Jets, when he didn’t make the NHL draft, the Jets swooped for his signature.

Doug Smail had 3 successful seasons at the University of North Dakota. Having found himself not included  in the 1980 NHL draft,
he signed for the Winnipeg Jets as a free agent. It was a good fit, he played 13 seasons in the NHL, playing 11 of those in Winnipeg with the Jets. 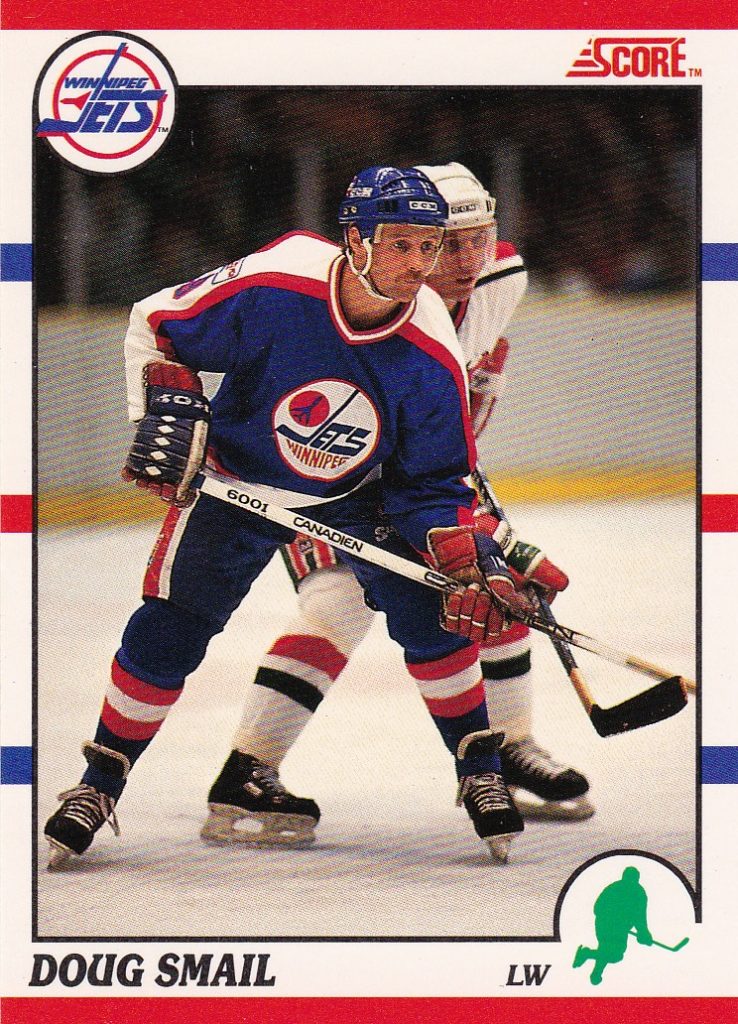 In 8 of those 11 seasons Doug helped the Jets to the NHL playoffs, twice making the Smythe division finals. Unfortunately, both times, the Jets came up against the juggernaut that was Wayne Gretzky’s Edmonton Oilers.
To his surprise, after just 15 games of the 1990 – 91 season he was traded to the Minnesota North Stars. Doug then went on to enjoy brief stints at the Quebec Nordiques and Ottawa Senators.
In total Doug played 867 NHL league and playoff games, scoring 219 goals along the way.

One particular highlight of Doug Smail’s career was a game against St Louis, he scored straight from the opening face off. That goal is still a record, which he shares jointly, for scoring the fastest goal to start an NHL game. The time, an incredible 5 seconds!

Also worth noting, Doug had twelve consecutive seasons in which he scored at least one shorthanded goal. In total Doug scored 28 shorthanded career NHL goals.

In the summer of 1993 Doug stunned the hockey world by moving directly from the NHL to the UK. He’d received offers from Elite teams in Switzerland, Italy and Germany but instead chose Scotland and the Fife Flyers.
Doug recalls;

My father’s heritage was Scottish
so I thought it would be great to go and have some fun.

We talk of Doug’s time in Scotland, playing as a Fife Flyer for the 1993 – 94 season. It was a good move for both player and club alike, Fife had their best season in 9 years.
The Flyers stormed the league and finished as Heineken British League runners up to the Cardiff Devils. 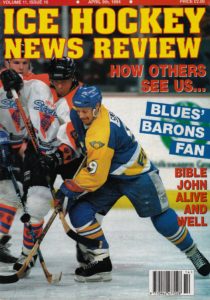 Success continued as the team fought their way through to the end of season Heineken Wembley Play Off Finals. However their journey ended with a disappointing 9 – 5 semi final defeat to the eventual Playoff champions, the Cardiff Devils.
One small consolation for Doug was that he was voted the Premier Leagues “Player of the Year”, he recalls;

There was a lot of great players in the Premier league then.
It was a thrill and a great honour

Despite deciding to retire at the end of that season, Doug Smail was tempted back to the UK by the Cardiff Devils.
The Devils needed to beef up their squad for their forthcoming European Cup semi final campaign in Belarus in Eastern Europe
Doug was signed on a short term contract and cherished his European experience, despite the Devils failure to reach the Final. 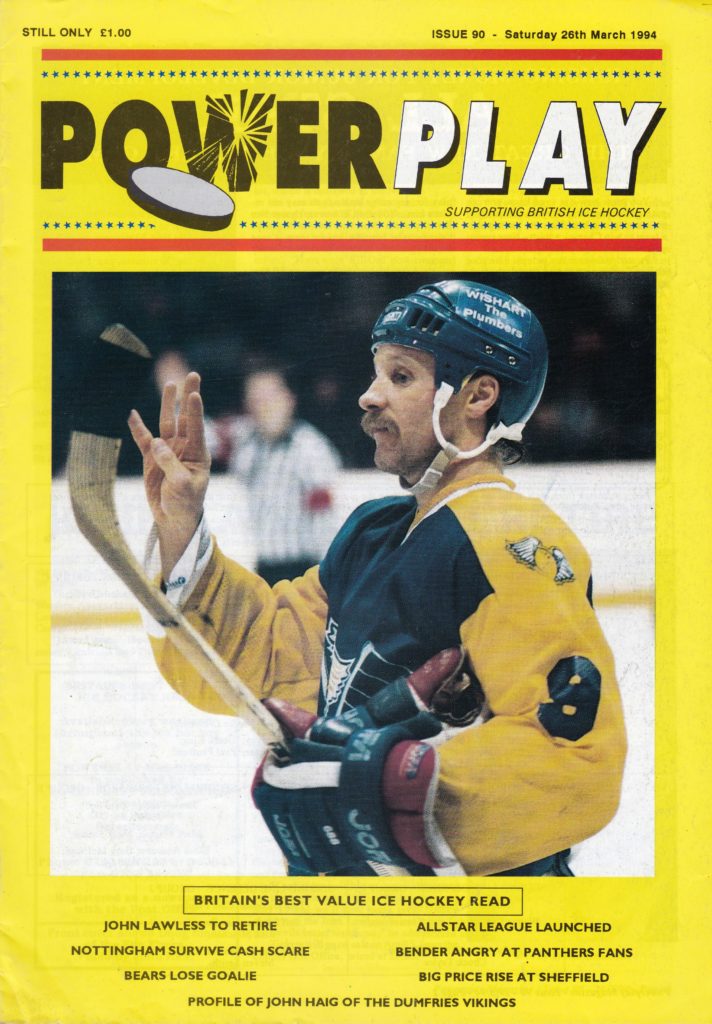 Doug flew home to North America straight after but returned to the UK to rejoin the Fife Flyers in January 1995.
Ironically in his first game back he scored the final goal in a 7 – 4 defeat of the Cardiff Devils in Kirkcaldy.
However Doug was unable to help the Flyers reach the previous seasons highs. The team finished a disappointing 6th place in the league and failed to make the Heineken Wembley playoff finals.

Retirement beckoned again as once more he hung up his skates , only to be persuaded back by another UK team. This time the Cardiff Devils came a-calling with the lure of a potential management position the following season.
It was January 1996, Cardiff had struggled to maintain their high standards, they needed a boost and so called Doug.
Ironically, just like 12 months before, Doug made his debut against a former team. This time the Fife Flyers were on the end of a 9 – 1 drubbing, with Doug making a significant contribution.

Four weeks later the Flyers gained a 6 – 5 revenge victory in Fife. Doug was a little surprised at the welcome he received from the Flyers fans. 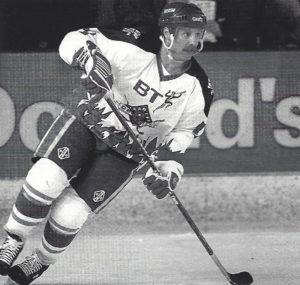 In North America a returning former player usually enjoys a polite welcome, it was an NHL tradition.

Not so in Fife, as he explains;

You’d of thought I was
Adolf Hitler!
They were really slagging me off with a kind of
“Joyous animosity”
I’d never seen before.

Now, I’ve heard fans of visiting teams to Fife describe the Flyers fans in many ways but “Joyous animosity”…….that’s definitely a new one!
In a tight finish to the league season the Devils managed a credible 2nd place, 4 points behind the Sheffield Steelers. Unfortunately a visit to the Playoff finals wasn’t to be, the team falling in the Quarter Finals.
The potential Devils management position never materialised and so Doug Smail finally called time on his hockey career.

You can also listen to Podcast interviews from  alumni of former Fife Flyers and Cardiff Devils players here: