Welcome to the first episode of Series 4.
In today’s show I interview an absolute legend of British Ice Hockey. Peter or Jonker, as most hockey folk know him, enjoyed a career spanning five decades. 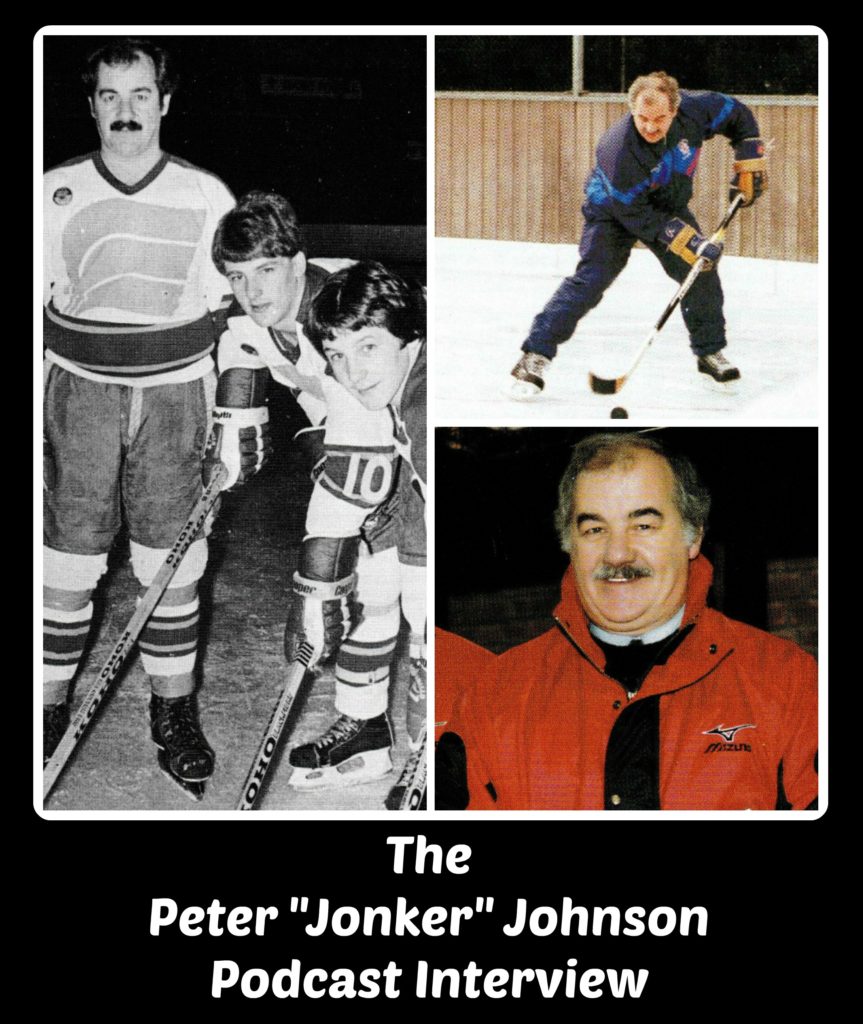 When he was 10 years old, Jonker was taken to his first ice hockey game by his Dad and was immediately inspired by what he saw, he recalls;

We sat right at the front, there was no glass or netting,
it was like we were right in with the action!
I heard my first swear word then and thought,
‘this is interesting!’

Motivated by this new and exciting experience he became part of the Durham juniors and made his senior debut for the Wasps at the age of 16.

We move on to talk about;

Jonker hung up his skates at the end of the Wasps championship winning 1984 – 85 season.
He was then made Wasps head coach, having previously coached the Durham Mosquitoes and Great Britain U16s.
In his first season as coach the Wasps won the 1985 – 86 League Championship. They also made the Autumn Cup final and Wembley Play off semi finals.
For his achievements Jonker was named coach of the year.
Unfortunately, the following season, work commitments forced him to temporarily abandon his coaching career.
In 1989 Jonker was honoured by the sport when he was inducted into the British Ice Hockey Hall of Fame. 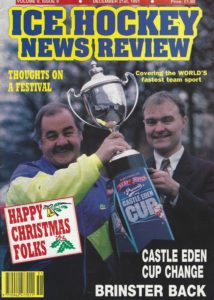 Three seasons later, division 1 side the Humberside Seahawks, shocked the world by paying a £35,000 fee to the Durham Wasps for the transfer of sons Stephen, Anthony and Shaun. Jonker wasn’t part of the deal or even on the Seahawks’ radar.
However, it soon became clear that the Seahawks needed a bench coach, so Jonker returned to the game. Later that season he stepped up to become head coach.
As a result success soon followed as Humberside’s new coach lead the team to the division one championship. The team won an incredible 36 league games out of 40.
Promotion to the Heineken Premier division soon followed, the team winning the promotion/relegation playoffs.
Jonker knew his team had real potential and promised Heineken Premier division success, he was true to his word. The Hawks finished their inaugural Premier season in 4th place and also Autumn Cup runners up.

The following season the Seahawks travelled to Durham, winning the Castle Eden Cup at their first attempt. They also made the Wembley playoff finals weekend, beating the Nottingham Panthers 5 – 4 in the semi finals. However, again it wasn’t to be a fairy tale ending, the Cardiff Devils taking the playoff final 7 – 4.

Jonker spent 5 seasons coaching the Humberside first team before moving over to head the club’s junior development section.
There he helped develop the club’s talent of the future – a job he truly relished.
As a result, his coaching skills helped guide his Under 10’s and Under 19’s teams to multiple championships.

As well as playing for his county, during the ’90s and early 2000s Jonker was an assistant coach with the Great Britain mens senior and U18 teams and also head coach of the U20 team.

Jonker retired early in the millennium but still keeps in touch with many of his former players through Facebook and is always happy to throw in the odd comment or two.

In August 2015, Peter “Jonker” Johnson was honoured at the 100 Years Ice Hockey event, having been voted by his peers as the “Coaches Coach of the Century”. 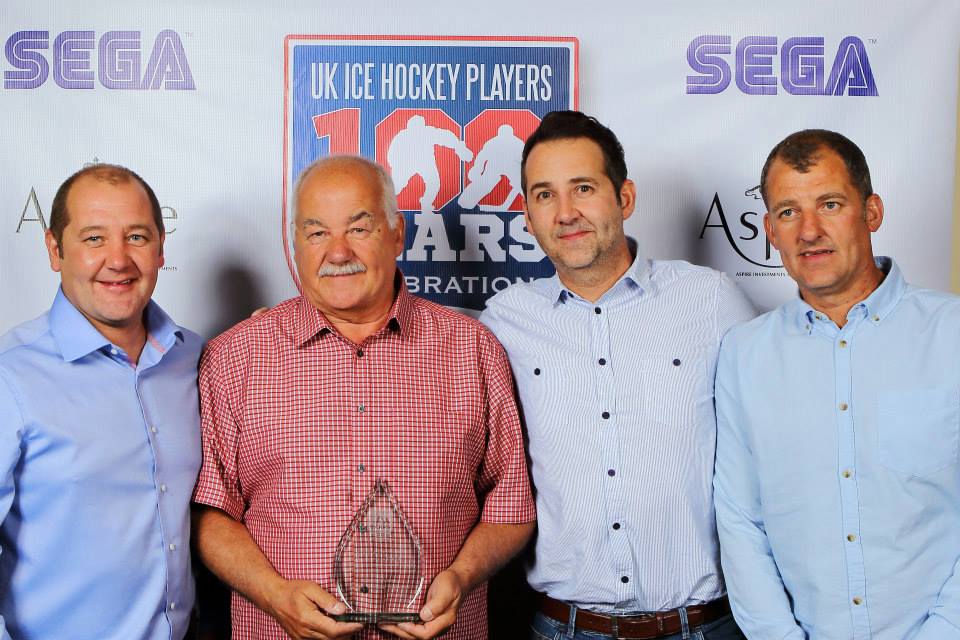 In this episode I give shout outs to GraemeW79 and J4RVO for their 5 Star iTunes ratings.
Thanks guys.

Also, thanks, as ever, to all of my Patreon Patrons:
To Tommy Boll, Oscar Brownsword, Michael Cook, Colin Dunn, Sean Holland, John Hume-Spry, Jim Muir, Jim Murden, Jeff Povey and Chris Saddington.
Thanks for your continued support guys